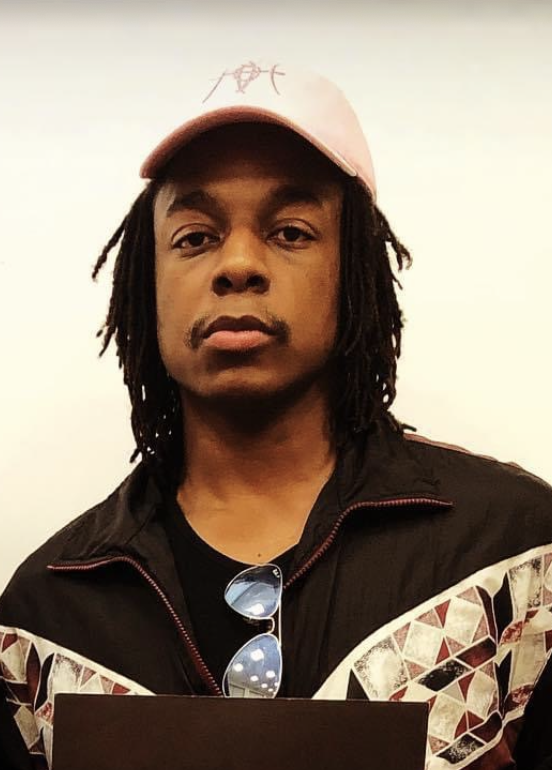 Andre Simms is the Lead Youth Organizer for the Youth Art & Self Empowerment Project & member of the Care, Not Control campaign. He is known to the hip-hop world as DayOneNotDayTwo and facilitates the Youth Participatory defense hub as well as art and poetry workshops in Philadelphia jails. He uses his own personal experience with the criminal justice system to help other young people who’ve been impacted by the carceral state. Andre facilitates Ascension, a music program in Philadelphia that provides local artists access to creative writing workshops with the mission to heal the culture through art. 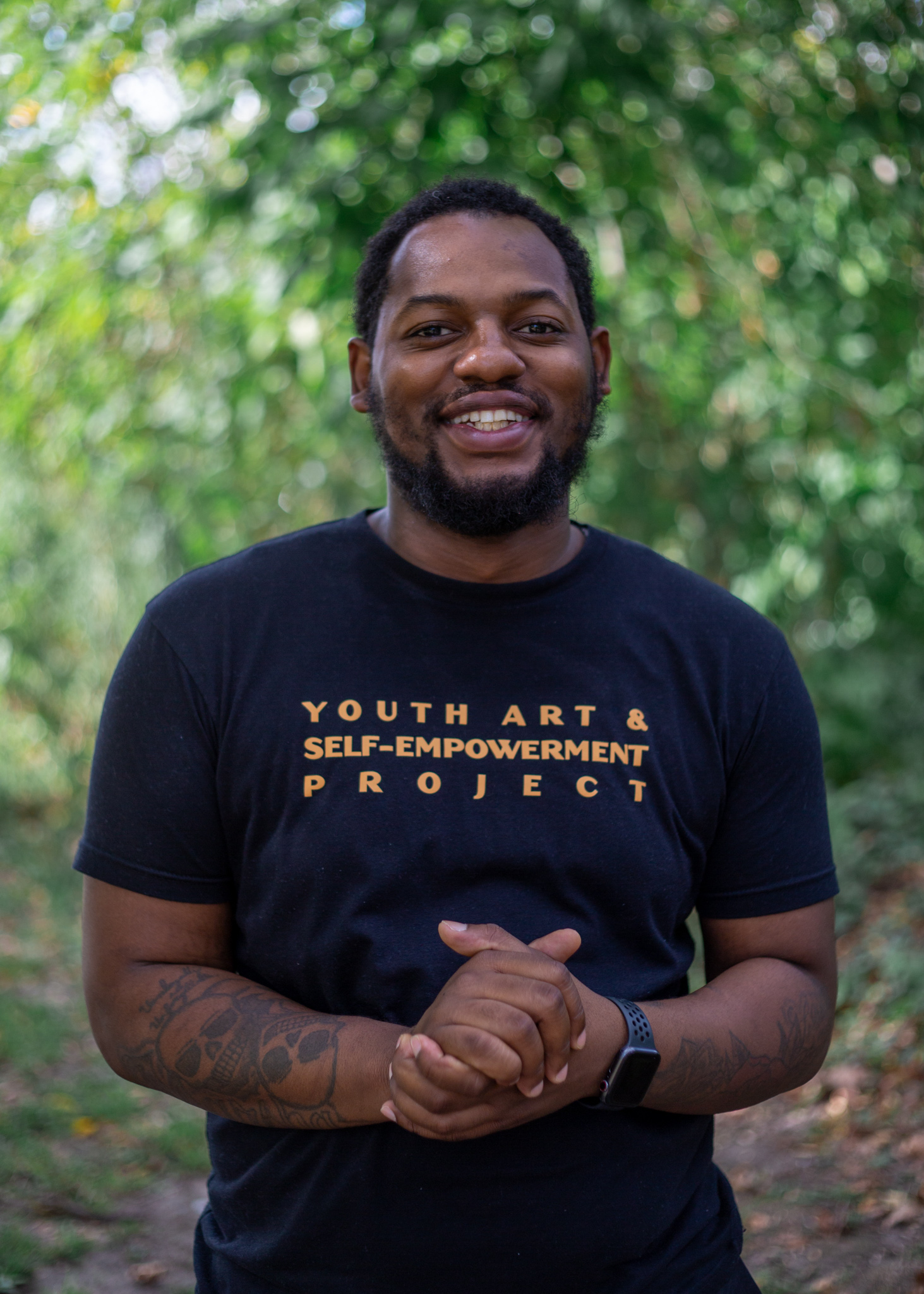 David (he/him/his) has been a youth organizer for six years. David was born in North Philadelphia. At 16, he was charged as an adult and sent up to P.I.C.C., an adult jail that’s on State Road. During his time on State Road, David saw a close friend from the school he attended. The friend let him know about YASP’s workshops. As he began writing poetry in the workshops, he felt more free and better. After the workshop, YASP Co-Director Sarah talked to him about the possibility of working with YASP. As soon as his case was sent down to the juvenile system and he came home, David started working with YASP. In his work with YASP, David has helped facilitate workshops with youth in the Philadelphia jails, spoken at dozens of schools and universities, led campaign work to repeal Act 33, and helped launch the Youth Participator Defense Hub. In Spring 2021, he will be shifting his role to serve as a lead facilitator in YASP’s Healing Futures Restorative Justice Diversion program. 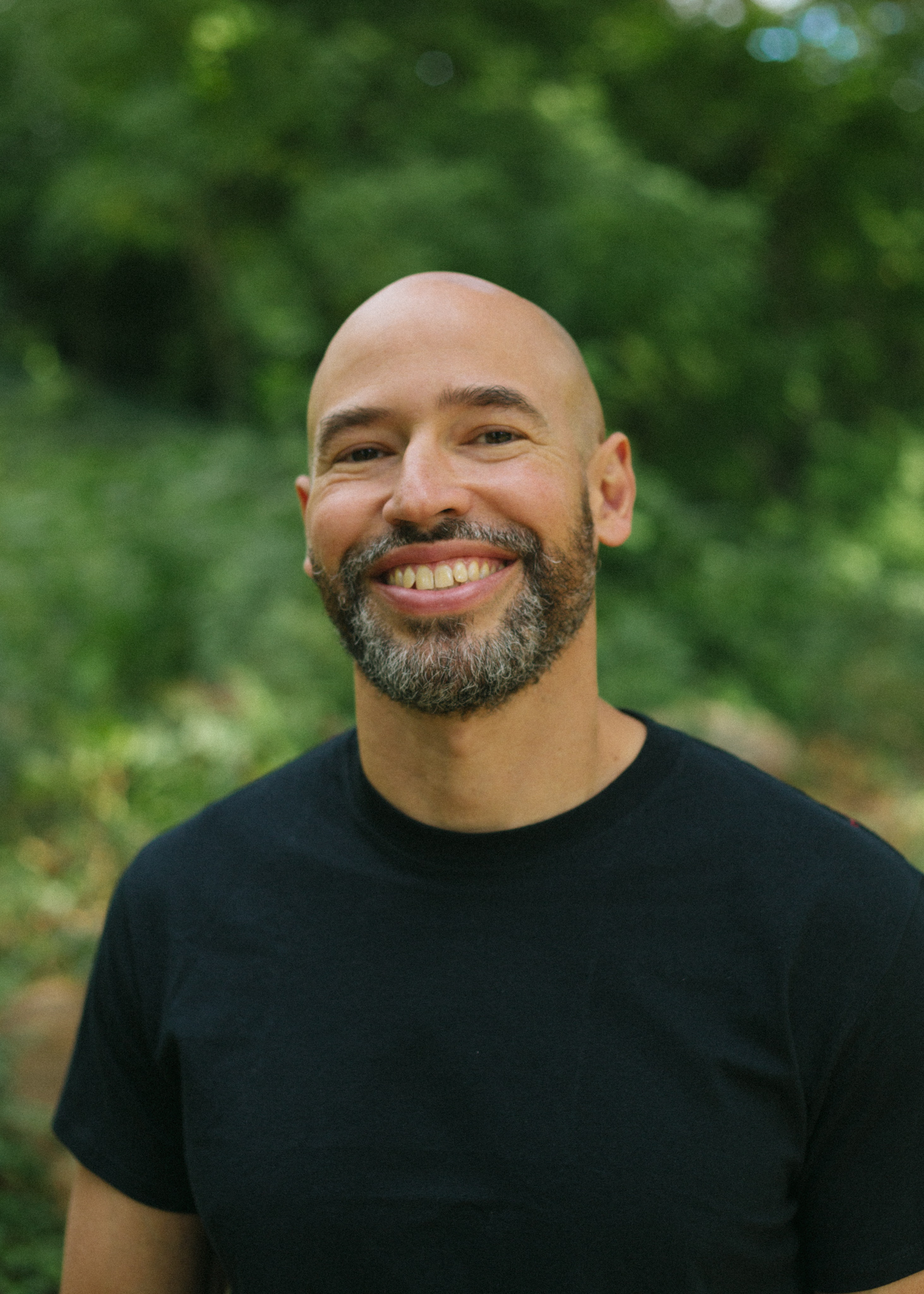 Felix Rosado (he/him) is Healing Futures Program Coordinator at the Youth Art & Self-empowerment Project. In July 2022, Felix came home after 27 years of fighting a death-by-incarceration sentence since age 18. While inside, he earned a Bachelor’s degree in Interdisciplinary Studies from Villanova University, co-founded a restorative justice project, Let’s Circle Up, and led several other peace, justice, and abolition initiatives. Now on the outside, he continues his work towards building a world free of state and interpersonal violence while enjoying simple life pleasures like hanging out with loved ones, following Philly sport teams, eating sweets, and scrolling through the Nike app. 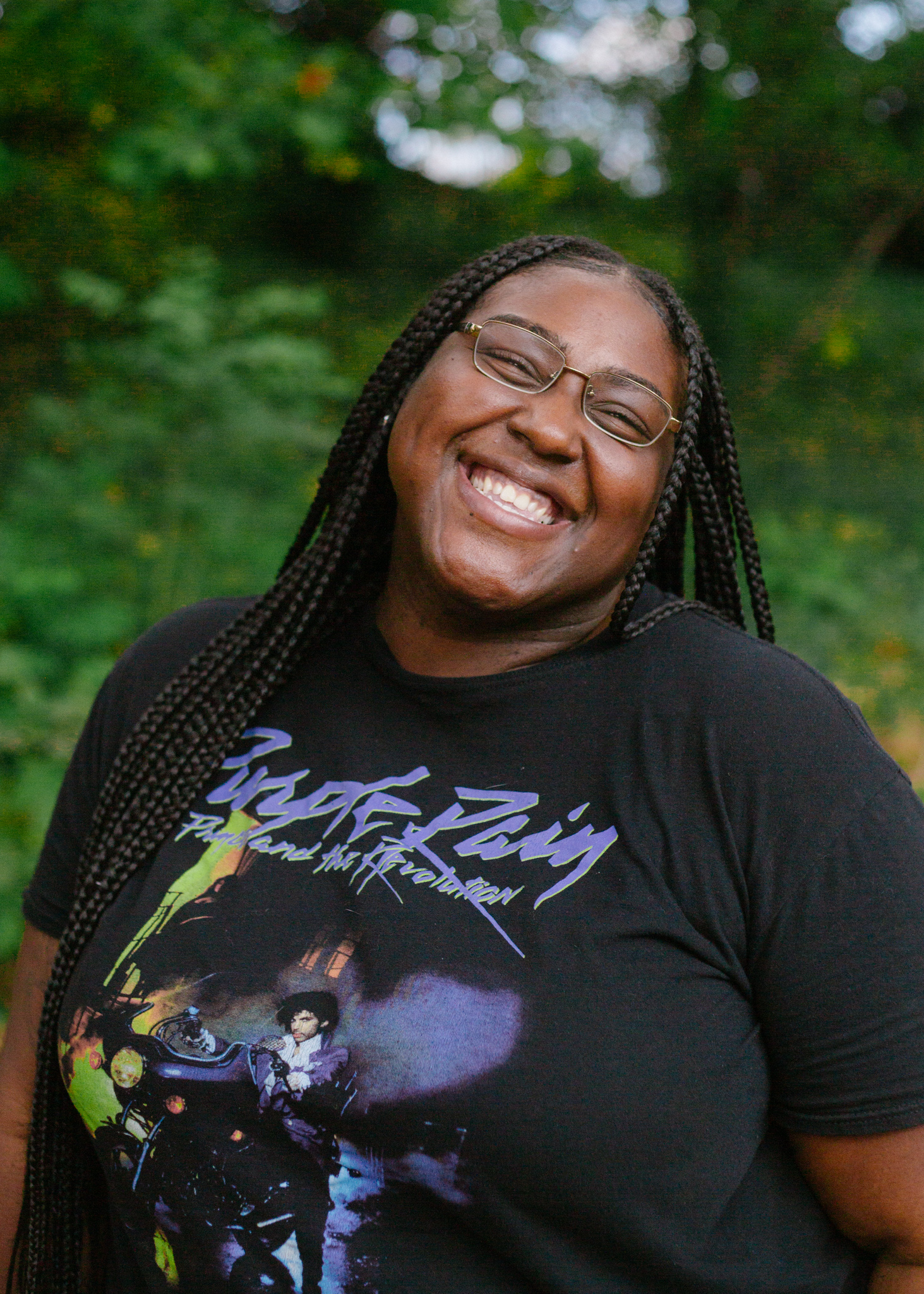 Gabby Jackson (she/her/hers) is an activist, advocate, and community educator. She joined YASP after four years of working to empower youth to honor their voices and create changes around violence prevention and social justice issues within their community through interactive workshops + community education. At YASP, Gabby manages the Hub Fellowship Program and works with youth leaders to empower them to continue to make change within their community. Outside of advocating and activism, Gabby enjoys learning about random topics, telling corny jokes, tutoring in math, and growing plants. Gabby’s vision is for the harm of incarceration to be acknowledged by all, and to work until the day youth incarceration is abolished forever. #FreeOurYouth 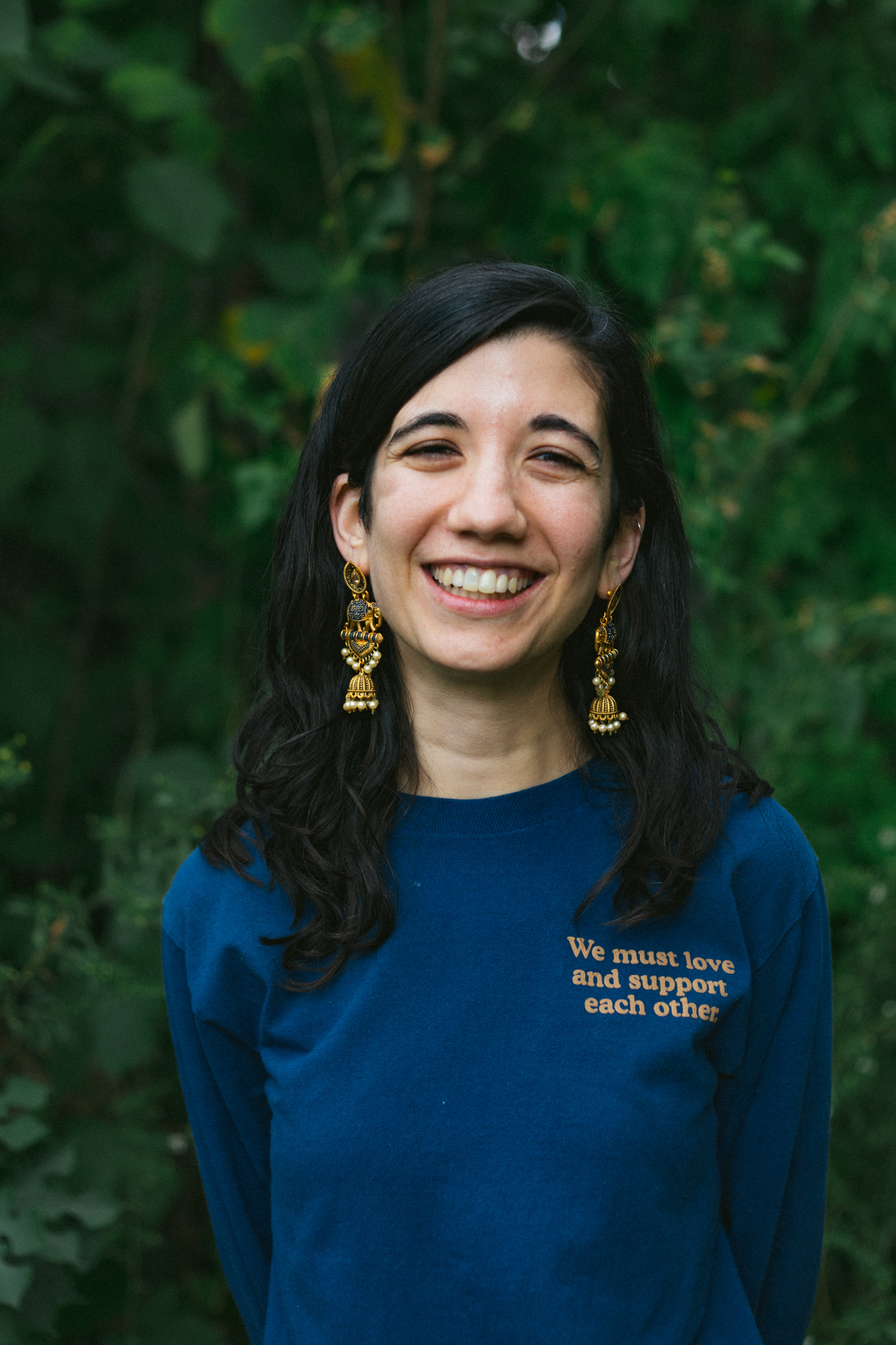 Hannah (she/her, they/them) first met Josh and Sarah at a Decarcerate PA meeting in 2013. She met more of the YASP team through No215Jail meetings in the following years at 8th and Diamond, and some of the youth organizers-to-be while working as a social service advocate at the Defender Association of Philadelphia. She joined YASP's youth participatory defense hub in 2019 when it first began, from the planning meetings at Broad and Susquehanna to the first meetings in Center City, to 924 Cherry, and then over zoom. Through these gatherings and other events, workshops, and rallies around Pennsylvania, Hannah has long looked up to and learned from movement elders and youth alike in the wide YASP community. Those relationships facilitated the honor of officially joining the crew in fall 2020 as social worker/in-house support, where she continues to grow and learn in collectivity with youth and youth advocates building healing justice rooted in care, not control. 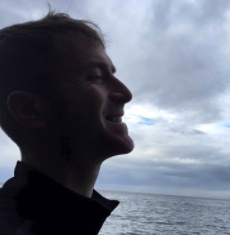 James Cersonsky (he/him/his) leads YASP’s efforts to fund and sustain our work for the long haul. Originally from New Haven, Connecticut, he’s spent the past 10 years as a youth and labor organizer. He credits his mom, a public school teacher, with teaching him to fight, and union members at Yale for training him to organize. In addition to organizing, he’s passionate about art and storytelling. He spent 4 years editing the Nation magazine’s biweekly youth feature and helps direct Just Media, which supports young mediamakers to cover policing and justice issues. 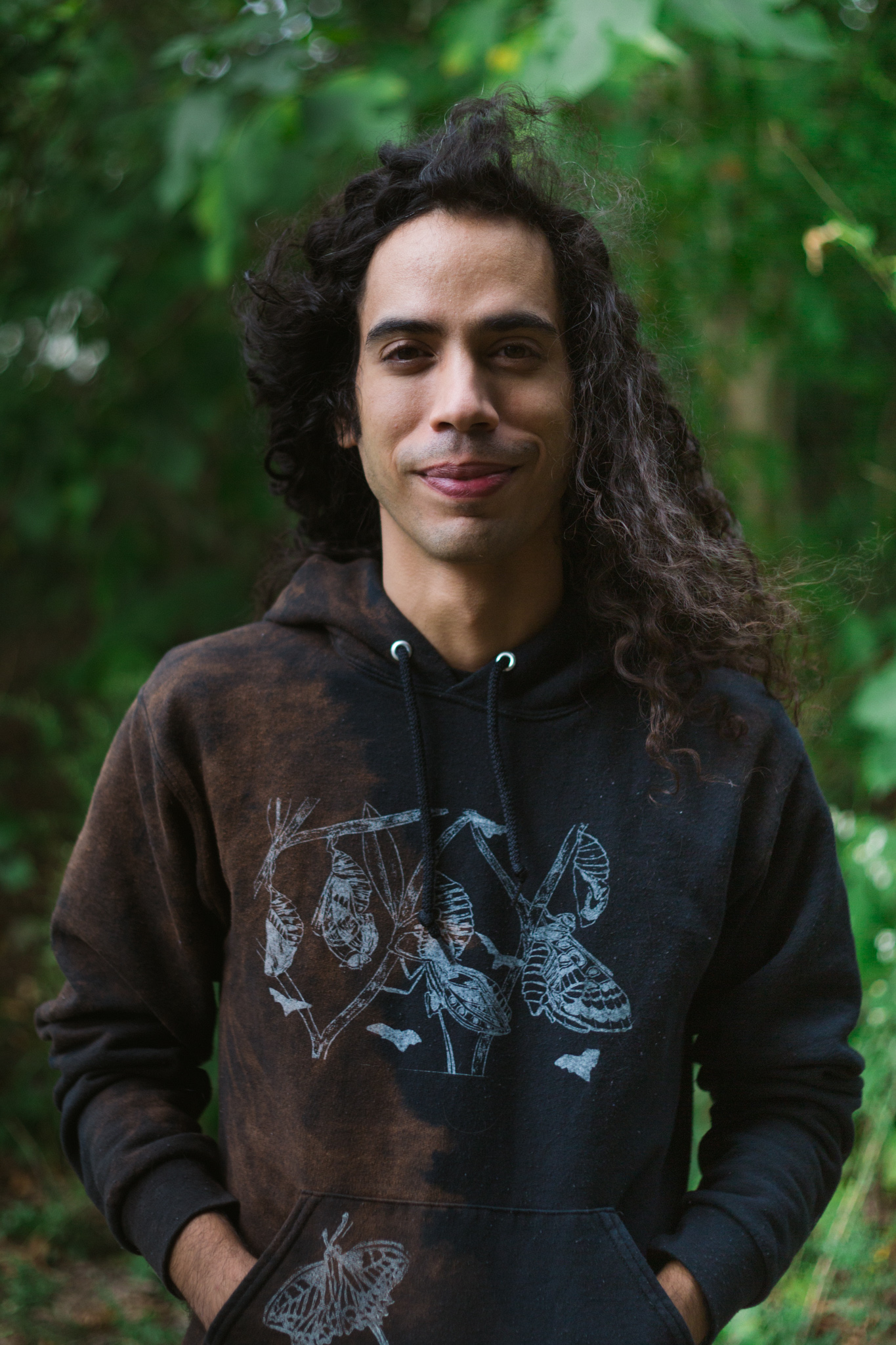 josh graupera (they/them) is an artist and activist based in Philadelphia, PA. Their practice explores the relationship between visual art and community organizing, using painting, screen printing, zines and facilitation practices. josh is the co-initiator of seed project, a community arts project in Lancaster, PA, a volunteer organizer with Stadium Stompers, and a founding member of Bonfire Media Collective. josh began working with YASP in 2019 as an arts workshop facilitator at RCF and joined the team as a staff member in 2020. josh leads YASP’s workshops with youth incarcerated in Philadelphia adult jails and is working closely with other staff to publish an anthology of art and poetry created by YASP members.

They have participated in residencies and programs at The Fabric Workshop and Museum, The African American Museum of Philadelphia and the Skowhegan School of Painting and Sculpture. 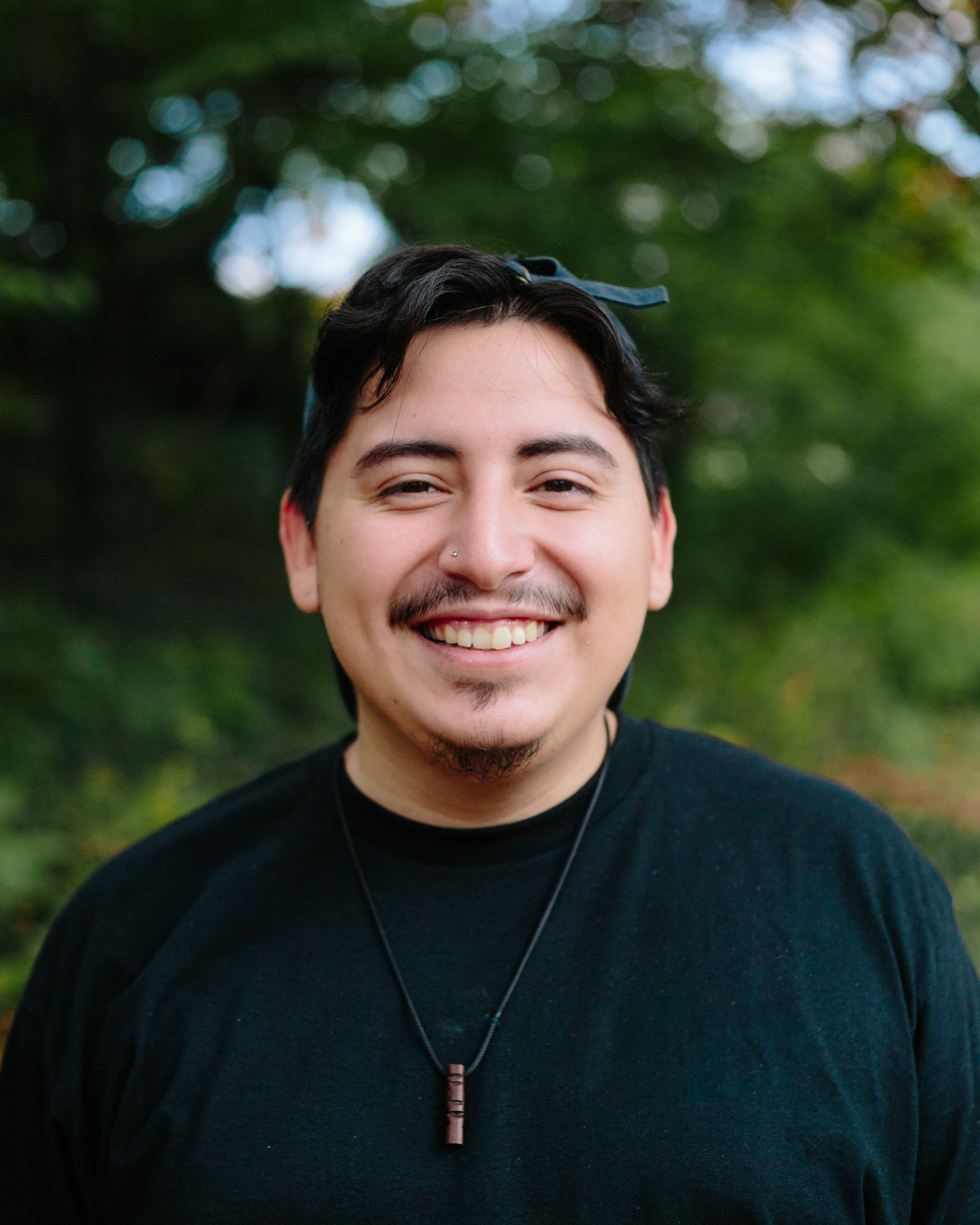 Julián Andaya (he/him/his) is a court advocate, activist, and DJ in Philadelphia. Originally from DC, Julián has lived in Pennsylvania for 6 years, and has worked to organize in Lancaster and Philadelphia. Along with assisting with the youth participatory defense hub, he attends weekly court hearings for the Direct File Juveniles cases (minors being charged as adults) and helps facilitate the Youth Hub Fellowship. 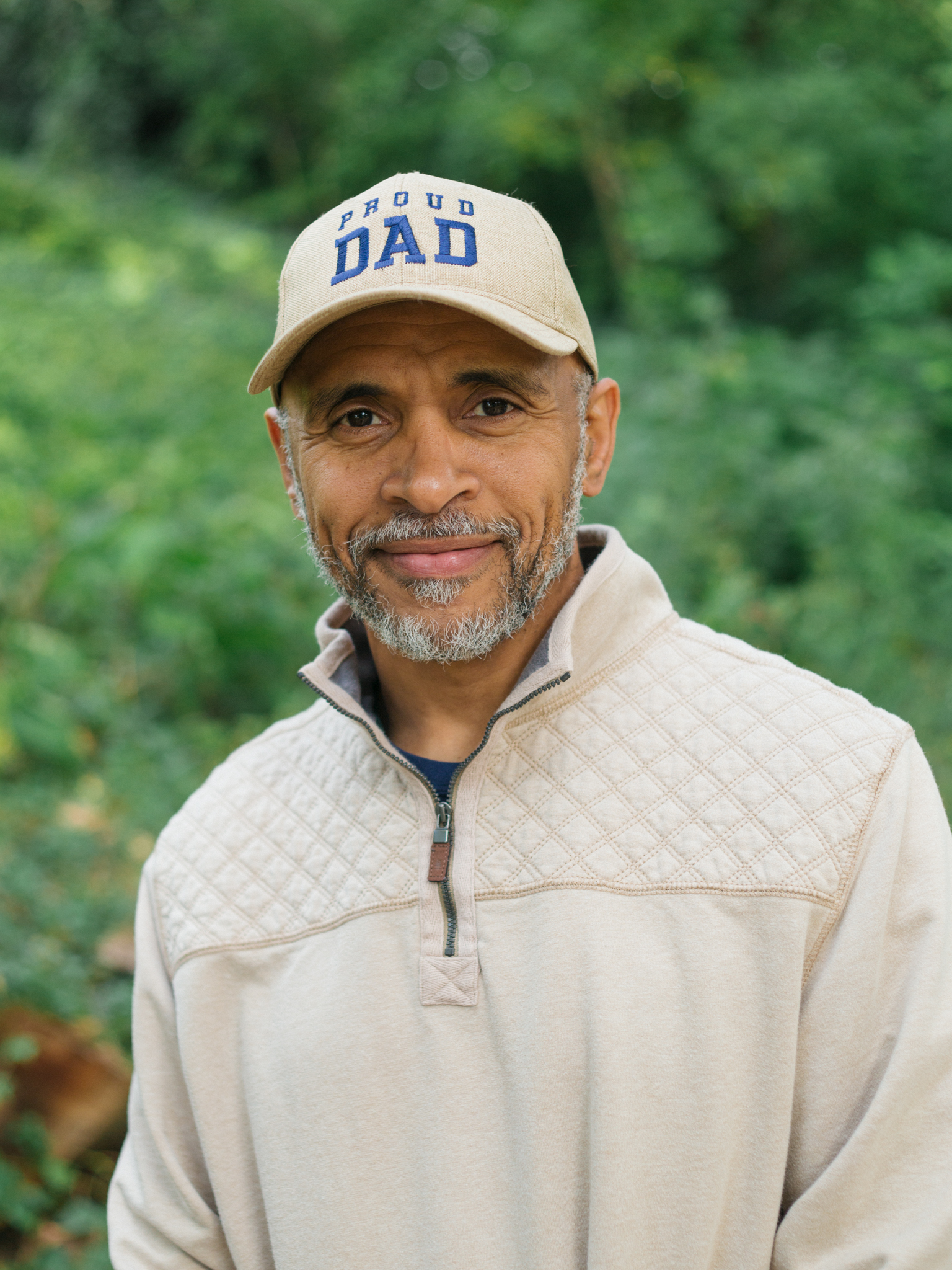 Ghani (he/him/his) joins us after three years as Amistad Law Project's Healing Justice Organizer and host of ALP's Move It Forward podcast. He is also a founding member of Right to Redemption, the Redemption Project and the Coalition to Abolish Death By Incarceration (CADBI), and co-founder and director of Ubuntu Philadelphia. Since his release in 2018 after thirty years in prison - starting when he was 15 years old - Ghani has emerged as a leader and visionary in Philadelphia's movement to end mass incarceration and to create transformative and restorative responses to harm and violence. Ghani is leading YASP’s pilot Healing Futures Restorative Justice Diversion program. 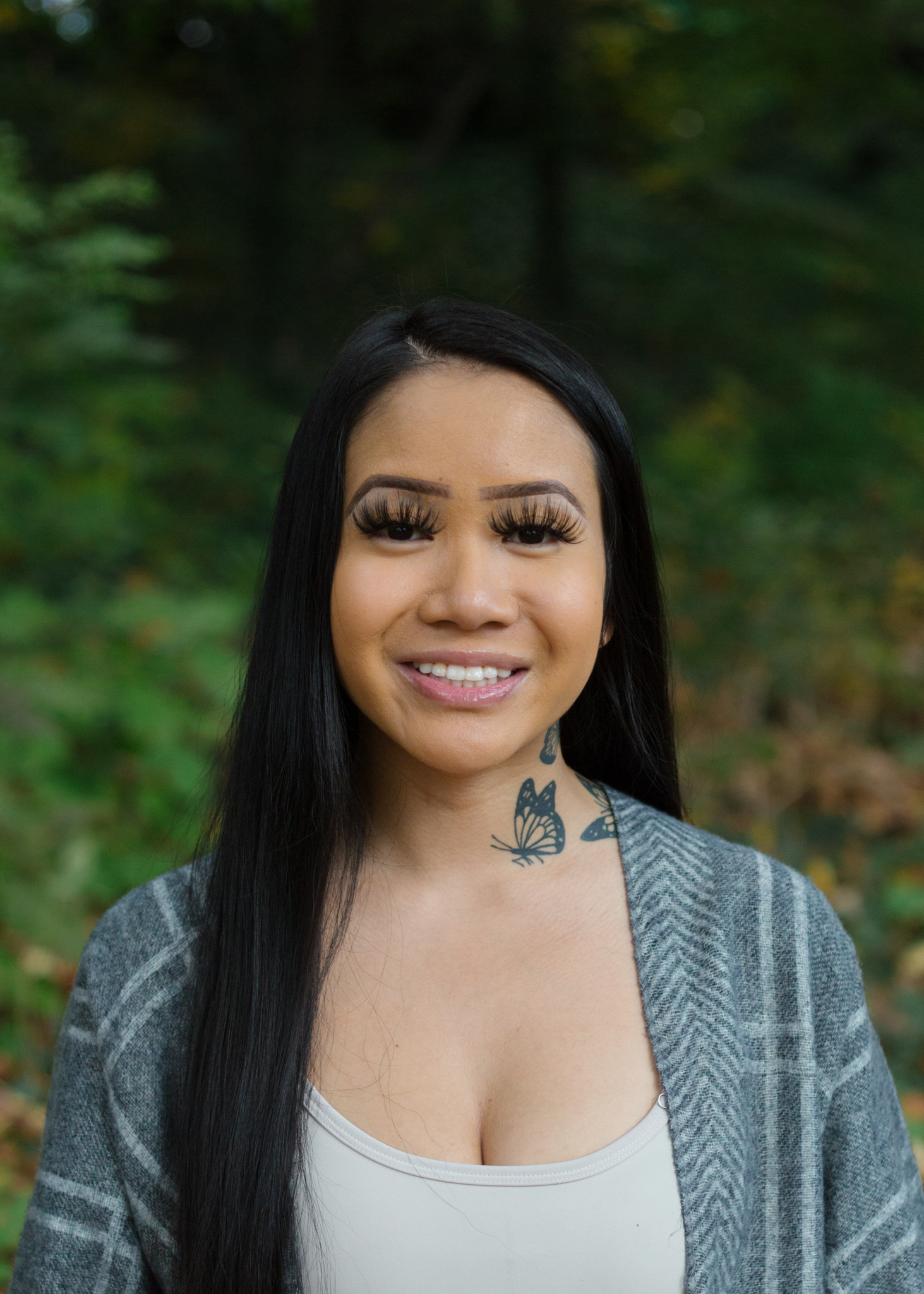 My (she/her/hers) was born in Vietnam and was raised in Olney, Philadelphia. My was 17 when she was charged as an adult and was sent up to an adult jail called RCF in 2017. While on State Road, she was attending the YASP workshops every weekend. The workshops helped her figure out her inner talents. My is very interested in fashion design but she is currently writing her own book which was inspired by her time in YASP’s workshops. She is currently working on a clothing line called “Milenia” and a book called “Raised In Dreams.” When she came home at the end of 2018, she reached out to YASP to have a follow-up visit at the YASP office. And from there, she has worked with YASP ever since. Being at RCF inspired My to help other young people get out of the adult system considering that she was once under those circumstances. My is leading YASP’s work to publish an anthology of poetry and art created by YASP members as well as acting as YASP’s Administrative Assistant and Office Manager. 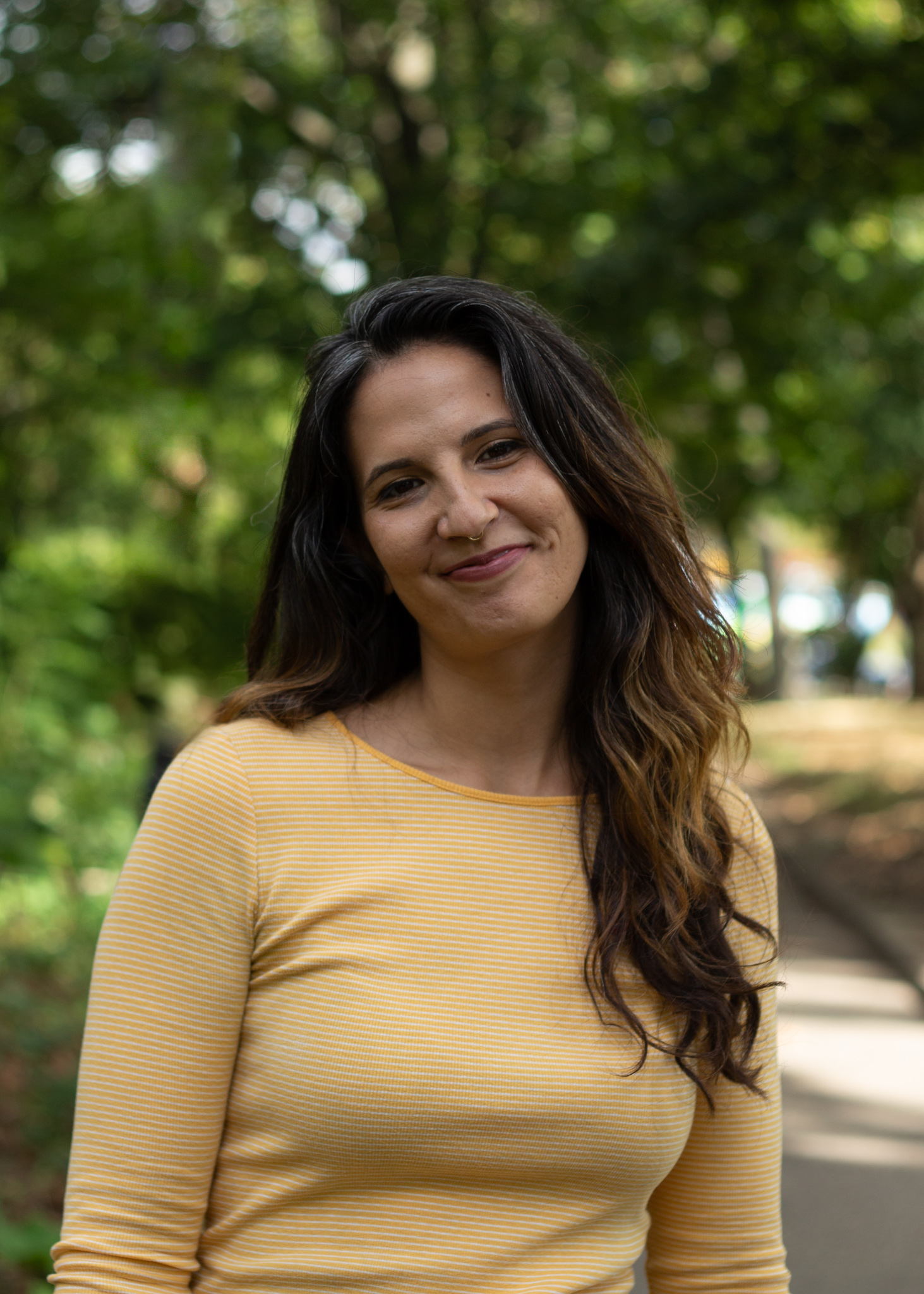 Natasha (she/her) is a documentary filmmaker, photographer, and educator. She believes in storytelling as a means to strengthen community. Natasha first worked with YASP in 2019 when she taught a Socio Bio production class for the staff, and joined the team in the fall of 2020. She continues to create socio bio videos (also called mitigation videos) for YASP’s youth hub, as well as short films that highlight young people’s stories and voices. 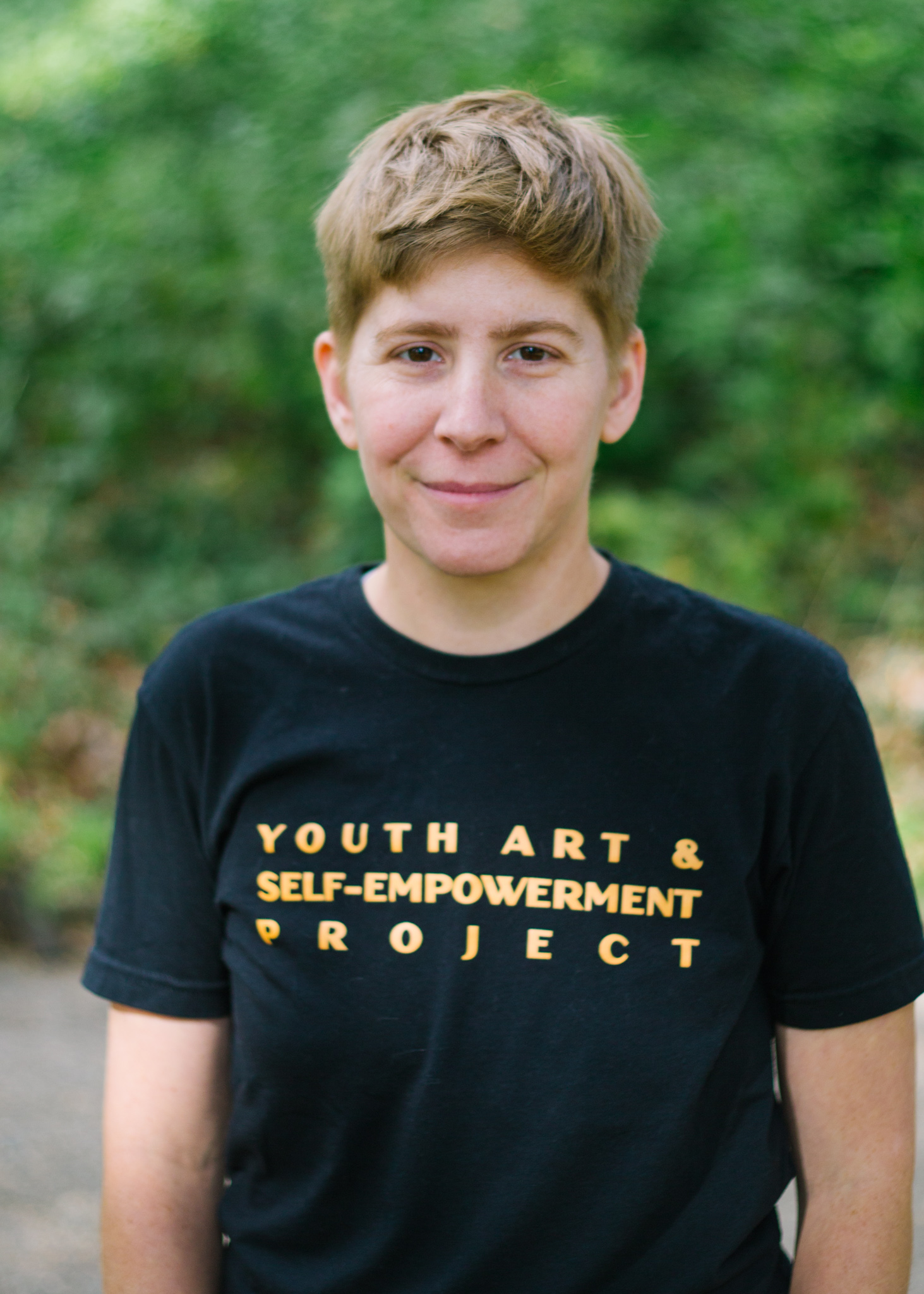 Sarah Morris (they/them) is a co-founder and co-director of Youth Art & Self-empowerment Project. Before taking on YASP as their full-time work in 2018, Sarah supported YASP's growth while working a variety of jobs including barista, prisoner rights paralegal, garden educator and city rec center leader. Sarah is also a founding member of Decarcerate PA and the Coalition to Abolish Death By Incarceration (CADBI). Outside of their movement work, Sarah enjoys playing any kind of game or sport, working in their garden, spending time outdoors with friends, and hanging out at home with their partner and the world's three greatest cats. Their hidden talents include parallel parking, breadmaking and serving as YASP's reigning zip zap zop champion. Sarah does this work because they know prisons don't make any of us safer and they love collaborating with YASP's brilliant youth members to envision a different kind of world for future generations. Sarah grew up in Chicago but has called Philly home since 2001. 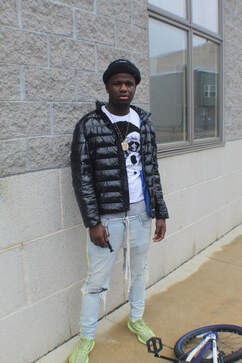 William Bentley (he/him/his) joined YASP’s staff in February 2019. William was born in North Philadelphia. In 2014, when William was just 14 years old, he was sent to  P.I.C.C. (an adult jail). William met YASP Co-Director Sarah through his friend Terrance “TA’ Williams. After meeting her William’s life drastically changed. After losing TA to a shooting in North Philadelphia, William realized he had to change his lifestyle. William made up his mind that he wants to become a public speaker to teach the youth on not falling in the same footsteps he once did. William is also an underground North Philadelphia music artist. He is using his music to let people know what being incarcerated at such a young age does to you. Will is a lead facilitator of YASP’s Youth Participatory Defense Hub and lead organizer with the #CareNotControl campaign. 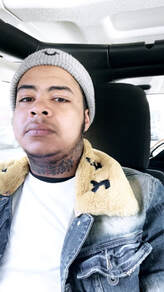 Ramon Smith worked as a Youth Organizer with YASP from July 2018 to January 2020. Ramon was born  in North Philadelphia.  At the age of 16, Ramon was charged as an adult and sent to PICC (an adult jail on State Road). While at PICC, he was introduced to Sarah by his cellmate, and began participating in YASP’s weekend workshops. Ramon attended YASP workshops for the remaining of the year until his case was transferred back to juvenile court.\n​\nAfter Ramon came home at the age of 19, he managed to be on a straight path and reached out to Sarah to become part of YASP. Ramon is a talented artist who brings a great deal to the YASP team. When he joined YASP's team, Ramon expressed that he was happy to be home and wished to never go back to jail - unless to speak to those who are in the same shoes he once wore.\n\nIn March 2021, we were devastated to lose Ramon in a tragic car accident. Although Ramon wasn't on the YASP staff at the time of his death, he was still very much a part of the YASP family and we will forever hold him in our hearts as we move our work forward.\n\nRest in power, Uncle Mon. We love you. ❤️ 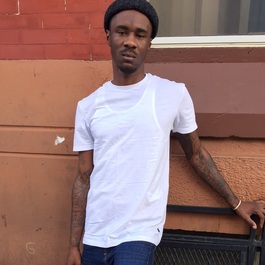 Terrance (TA) Williams was a powerful organizer, visionary leader, and dedicated friend and coworker. TA joined the YASP team in 2015, and quickly emerged as a compelling storyteller, dynamic organizer and deeply committed mentor to other young people across the city. In early 2016, TA joined the Leadership Team and began consistently representing YASP at conferences, on panels, and in our many coalition organizing spaces. There was really no matching TA in the energy, spirit and exuberance he brought to our work every day. We lost TA in December 2017, when he was killed in a shooting in North Philadelphia. TA was 22 years old when he died. \n\nYASP is a family, and TA was our heart and soul. He brought so much joy and love to everyone who crossed his path. In the office, he was always the one who made us laugh when things were tough. Across the city, he inspired thousands of people with his powerful story and his irrepressible spirit. TA really believed that we could change the world, and he did it every day just by being himself. Nothing we do will be the same without him. The YASP team will carry TA with us in everything we do, and we will never forget his dreams for us and for this city. \n\n​Rest in power, our brother. We love you. ❤️